Drafted in 2015 by Philadelphia Phillies

Single Season Save record at Duke

One of the most renowned infield instructors in the country

Your son isn't getting better playing Tee Ball and Coach Pitch.  As a parent you're the chauffeur, the eyes, ears, and the training partner; you need to learn and know how to guide your son through his development.

Along with tee ball and coach pitch, wouldn't you want to place your son in a fast paced mix of competitive learning and skill development that puts him in a position to blow coaches away in travel leagues and all-star tryouts for years to come?

Don't you want to know what top coaches are looking for and how to put that on display every time a ball is hit or a pitch is thrown to your son?

How do we monitor your player's progress?

The pairing of experience and unbiased metrics create an environment that promotes accelerated player development.

Just take a look at some of the achievements listed below! 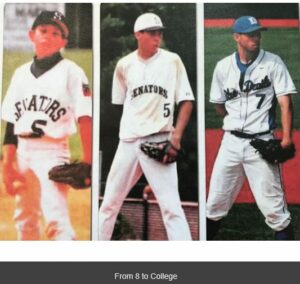